Editor’s Note: With so much market volatility, keep up with the daily news! In just a few minutes, get caught up in our quick recap of today’s most important news and expert insights. Sign up here! 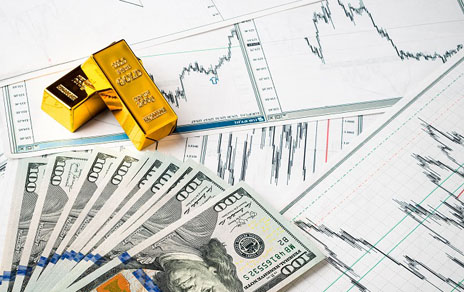 (Kitco News) – Gold prices have fallen dramatically this week, testing long-term support around $1,730 an ounce, but lower prices could help revitalize the physical precious metals market and attract new retail investors, according to some analysts.

Sentiment in the gold market was fairly optimistic over the past month as investors viewed the precious metal as a key inflation hedge and safe haven asset as recession fears began to mount. However, this bullish sentiment was not seen in the physical bullion space as sales fell sharply over the past month.

According to sales data from the US Mint, it sold 44,000 ounces of gold in various denominations of its American Eagle gold bullion coins last month, down nearly 75% from the 175,000 ounces sold in May. For the year, gold bar sales are down 76% compared to 182,000 ounces sold in June 2021.

Demand for US bullion coins was at its lowest since December 2021.

According to some market analysts, weak sales in June are a worry given strong demand throughout the year. The US Mint sold 733,500 ounces this year compared to 653,000 ounces sold in the first half of 2021.

According to some analysts, a number of factors appear to be dragging down precious metals sales. The first is the sharp correction in stock markets. The S&P 500 fell 23% in the first half of 2022, its worst half-year performance since the 1970s. Analysts said that in this environment, retail investors don’t have much capital to buy physical bullion.

However, the market faces another headwind, namely significant premiums.

“Gold prices had been falling for most of June, but premiums have remained high, which is keeping many buyers out of the market,” said Everett Millman, precious metals expert at Gainesville Coins.

Millman said the physical gold market has been slightly unbalanced as investors hold on to their gold, which has pushed premiums higher.

He added that lower prices should lead to lower bullion coin premiums.

“The weak June sales numbers are more a function of the market than a reversal in sentiment,” Millman said. “We still see strong demand for gold because there is still a lot of fear. The fear has shifted from the threat of inflation. Investors are now worried that we are in a recession.”

Phillip Streible, chief market strategist at Blue Line Futures, said gold should continue to see solid demand through the end of the year. However, he added that the precious metal’s most significant hurdle remains the US dollar.

“Research shows that gold does well in a recession, so many investors are looking to lower prices as a buying opportunity. The question is: how low will the price of gold go before this is over?” he said.

While sentiment in the gold market appears to be holding, the same cannot be said for silver. The silver market struggled for most of June and this uncertainty was reflected in physical demand.

Analysts have said silver has struggled as recession fears have increased over the past month. Although silver is an important currency metal, more than half of the market’s demand comes from industrial applications.