By Jacqueline Lindenberg for Dailymail.Com

Cole Sprouse and Ari Fournier have been basking in the summer sun while on holiday in Greece.

The couple uploaded photos and videos from the trip to their Instagram pages to share with their followers.

The two began dating in March last year and seem to have grown closer over the course of their relationship. 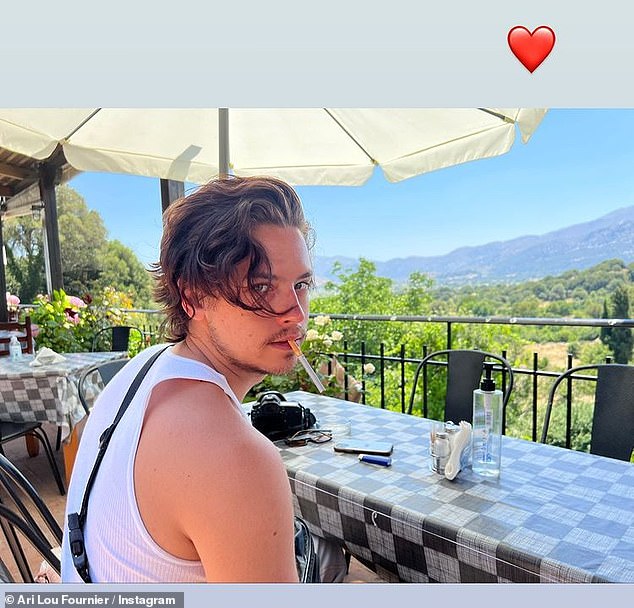 Cute: Ari Lou Fournier uploaded a series of photos to her Instagram story to capture special moments of her trip to Greece

Ari shared a photo of her boyfriend sitting at a table with an unlit cigarette hanging from his lips. Picturesque background with green hills was laid out in the background.

Another snap captured the model gazing at the crystal blue ocean waters.

Her blond hair swayed in the wind as she gazed at the waves crashing on the rocky shore. 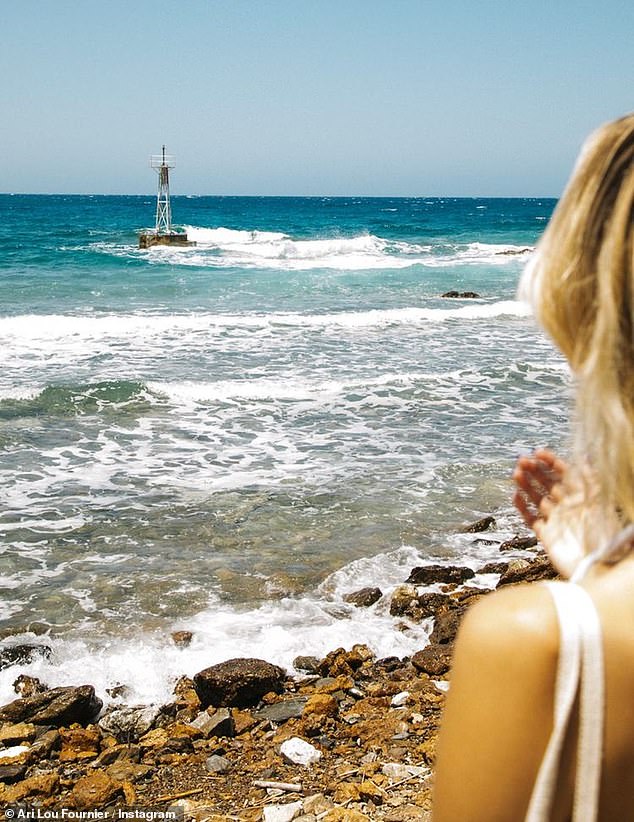 Gorgeous: The model is pictured gazing out at the blue sea water as the waves crash onto the rocks in front of her

The couple also shared photos of the naturist views and environments that surrounded them during their trip.

The two were able to show the beautiful and picturesque coastal towns that stood between the mountains and hills.

Cole and Ari seemed to spend a lot of time on the water and explored many areas in Greece.

Making memories: The couple had some time to themselves as they traveled around the beautiful country of Greece 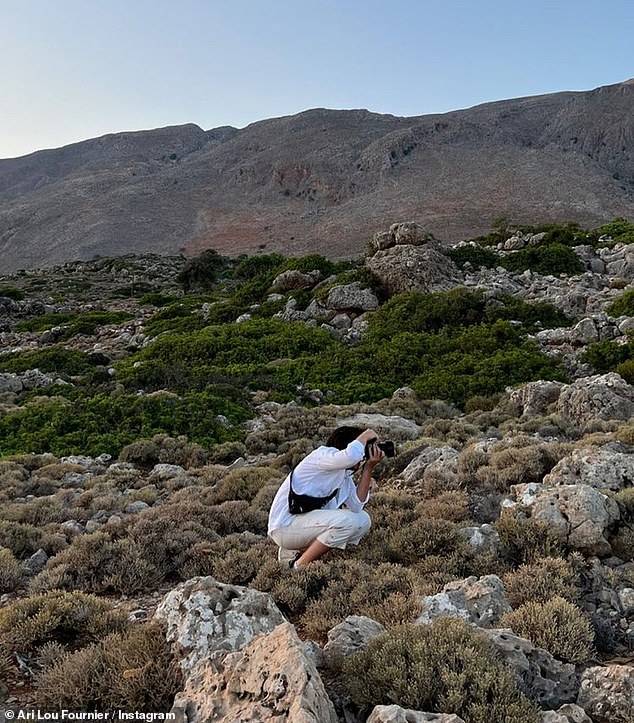 Hobby: Cole was pictured holding his professional camera and taking snaps of the countryside while they were on vacation

Cole has a passion for photography and has even created a separate Instagram account to showcase some of his work.

His friend snapped an adorable photo of him in his element taking photos with his own camera, which he had brought with him.

The Riverdale actor also snapped beautiful photos of Ari enjoying their time together.

One picture showed his girlfriend relaxing on the edge of a stone wall with the sun setting in the background. Cole included a caption and wrote: “Last night in Crete”. 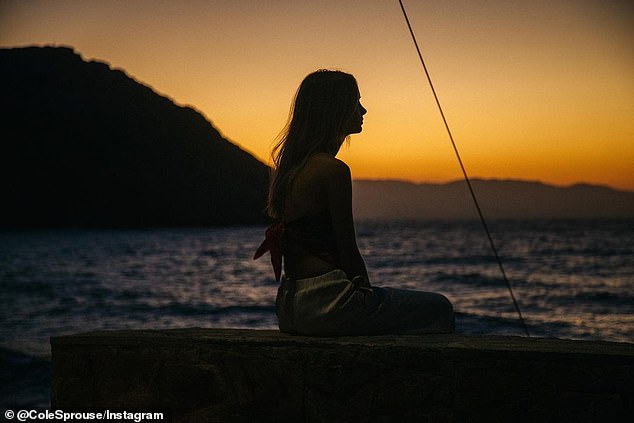 Stunning: Cole snapped a photo of Ari sitting on a wall as the sun went down, creating orange hues in the sky 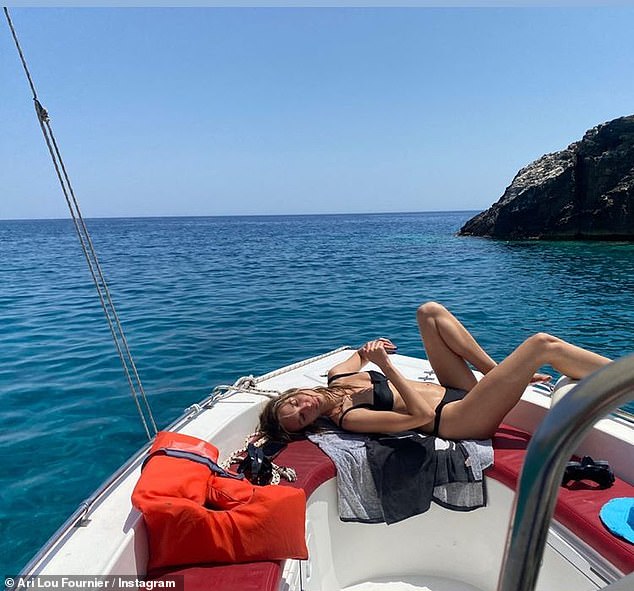 Vacation mode on: Cole’s girlfriend was spotted lounging in a black bikini under the summer sun as she relaxed on the water

Another snap showed Ari relaxing on a small boat as it floated on the water. She donned a black bikini as she soaked up the sun.

The two got a chance to enjoy their relationship without the cameras of the paparazzi constantly around them.

Cole previously dated fellow Riverdale star Lili Reinhart. The two split in 2020 and the actor has spoken out in the past about the difficulties of such a public relationship.

The Five Feet Apart star and Ari officially started dating in March last year. The model, who has worked with brands like Aldo and Nasty Gal, started working professionally at the age of 15. 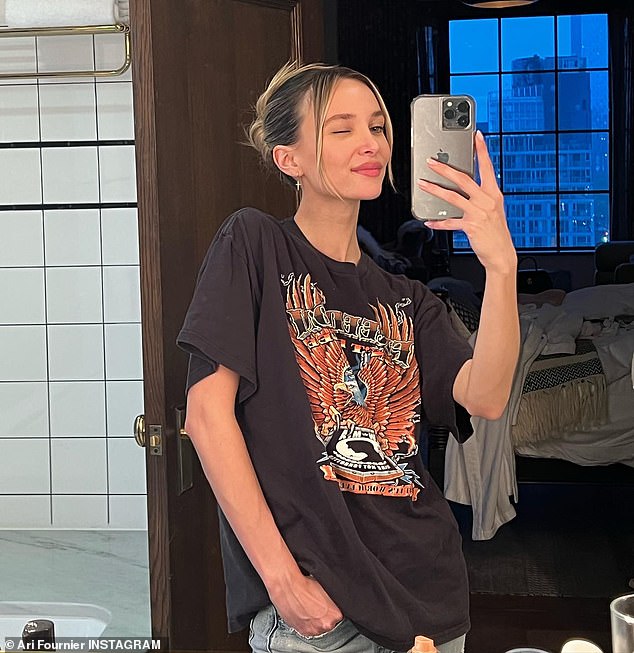 Cole’s New Boyfriend: Ari Fournier grew up in Montreal, Canada and began her modeling career at the age of 15 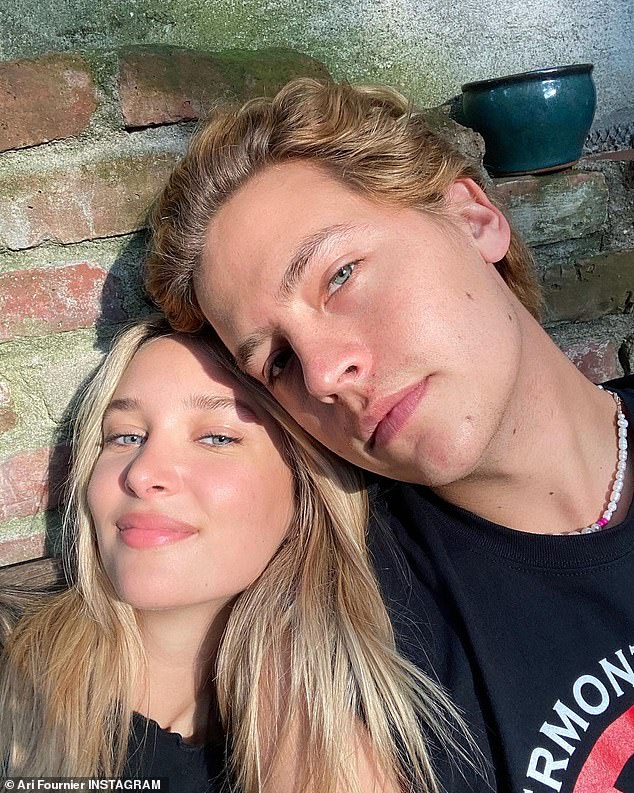 Adorable: The couple have started sharing photos of them together on their social media pages

According to People, the couple hasn’t exactly received a lot of positive feedback from fans since his split with Lili.

“Followers report anything about Ari and I as bullying and it gets deleted pretty much immediately,” Cole explained in an interview with GQ. He then added, “Even on my other friends’ accounts, it’s getting deleted.”

Due to the difficulty of keeping their relationship public, the two have kept much of their dating life private.

However, the couple has recently stepped out of their comfort zone and will occasionally share their happy moments. 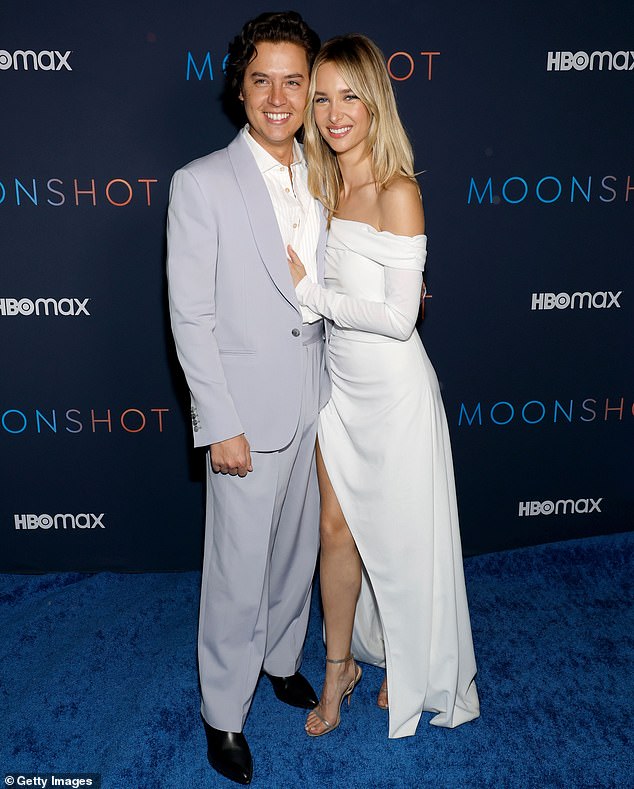 Stay positive: Despite struggling to go public with their relationship, the couple continues to grow together and spend time together